How to overcome your fear of flying 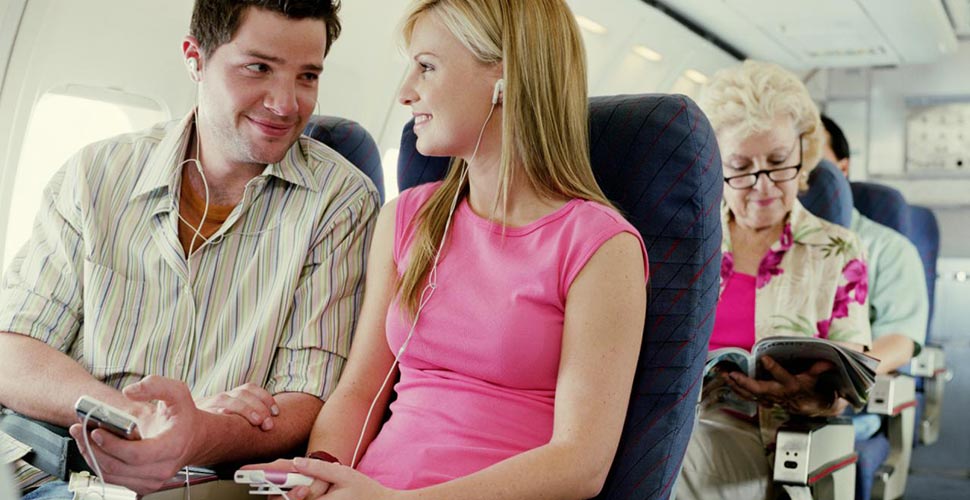 Statistics show that about 40% of all potential passengers have a fear of flying. This is a huge number of people all over the world! If you are one of them, our psychologist has tips that will help you to move comfortably without any flight pitstop at the bar of the terminal.

Everything is progressing but people are mostly conservative and do not get used immediately to the new. Hence all our phobias are associated with the planes. And about 3 % of us refuse to fly even if it leaves us without a family vacation or never allow you to see Paris in the spring. Fear of flying may have deeper roots. Especially for those who have already flown and would have suffered a little shaking in the area of turbulence at high altitude. Or those who knew somebody who crashed on plane, or have been impressed by the media.

So what to do, how to overcome fear of flying?.

Here are our tips to get you safely and easily to your destination:

Tip number 1: Learn about the flight

Self-learning is the fastest way that will calm your fears. There are lots of information online explaining how airplanes operate and fly. We will not go into the technical details, but give some arguments to dispel common fears:

You may have a biased attitude towards flight safety, because many times you scrolled pattern catastrophe in your head. It is not difficult to guess the end of the tragedy. How to fight it?

Do not try to forcibly throw these thoughts out of your head. On the contrary, unleash your imagination but try to imagine a more realistic interchange. Press freeze on the worst spot, imagine the flight attendants who are deploying inflatable rafts, all passengers in the vests. Then imagine a helicopter or boat to come to you for help. And then? And then you get home safely.

It is necessary to scroll through these films in your mind until you feel safe. You will feel better knowing that even in the unlikely event of an emergency, it will be a happy end.

Tip number 3: Not to confuse possibility with the chance

Plane crashes and of course the events of September 11th no doubt have a heavy imprint on all of those who care. However media coverage of these tragedies makes us perceive these accidents as something that can happen everyday.

This is called a reassessment of the threat common to all human beings the ability to exaggerate. We exaggerate the potential danger of flight, based on highly visible, but very rare reports in the media. We confuse the possibility of an accident with the probability of its occurrence.

You should clearly say to yourself, yes, an emergency situation is possible, but it does not seem to be likely. Tragedies are broadly covered as they are extremely rare.

Tip number 4: Tune in to what’s happening around you

Imagine that you’re writing a book in the cabin of the plane. Take a new page, carefully look around , sit back . Keep yourself away from the imaginary scenarios, just look around and describe what you see. Look at each person, those who sit around , those who go down the aisle . Describe the interior of the plane. Describe your own feelings, pass through your body as a scanner , remember feelings, but do not interpret them.

My heart often beats ” – it is good , ” deep breathing ” – wonderful , the cabin is full of fresh air . Absorbed others and yourself, you ‘ll be much less prone to panic and fear.

To curb your mind and vivid imagination, an excellent choice to be distracted would be by any interesting and familiar things. Soothing music is great help to many who experience fear of flying, the others like watching favourite movie, and others addicted to the book and do not notice how the landing was.

To curb your mind and vivid imagination, an excellent choice to be distracted would be by any interesting and familiar things. Soothing music is great help to many who experience fear of flying, the others like watching favourite movie, and others addicted to the book and do not notice how the landing was.